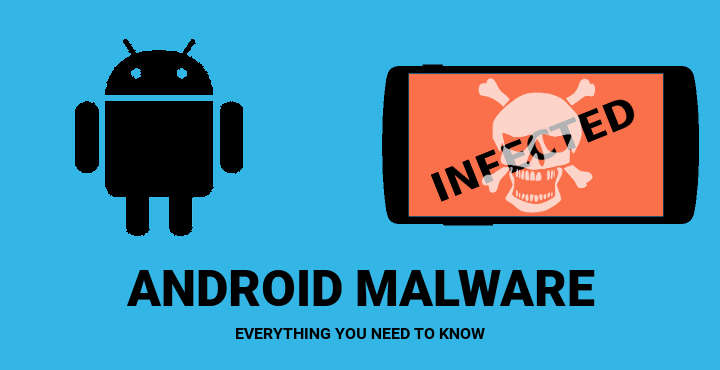 Malware on Android – Everything You Need to Know

If you are using the Windows operating system on your personal computer, most probably you have a complete Internet Security suite running on your system to help you eliminate any malware threats. Windows is the operating system with the highest number of malware and the main source of income for Anti-Malware companies. If you use an Android device, you must know about the following things about malware on Android and how to keep yourself safe from this threat.

What exactly is Malware?

Malware (Malicious Software), is a term used to describe the various types of intrusive software. An intrusive software is named every software that acts against the requirements of the computer user and causes unintentional harm. Most known forms of malware are the following:

Despite the Malware type definitions above, boundaries between various types are not strict and a malware application can fall in more than one category at the same time.

How can Malware infect a device?

There are several ways malicious software can infect a device:

As with every platform that enjoys a big usage share, Android has a number of malware threats. During the years, Google has invested a lot in enhancing the security of its operating system. Being built around the Linux kernel, Android utilizes many of Linux’s security mechanisms, like SE-Linux (fully enabled by Google on Android 4.3). On top of that, Google added their own security mechanisms that make the platform even more robust.

Don’t miss: Malware on Android: The 5 Types You Must Know About

Despite all efforts though, Android still remains vulnerable to attacks:

Also read: How to Calibrate Battery on Android Devices to Get Better Performance

These are some Malware Applications targeting Android:

How to protect yourself from Malware on Android

The most critical question an Android user can ask is, Do I need an Anti-Virus/Anti-Malware software on Android?
Short answer: If you know what you are doing, no.

As explained above, if you are running Android on a device with a frequently updated kernel and all the security mechanisms enabled, your chances of catching a malicious App without your participation (for example, opening a file), are small. In the same mindset, try to get the latest Android version available for your device, as new security solutions are available with each version of Android. Keep in mind that it does not matter if the ROM is official or third-party. Capable and security-concerned ROM developers have produced custom ROMs that are more secure than stock.

Furthermore, doing the following will also minimize your chances of Malware infections:

That is everything you need to know about Malware on Android. While threats exist on Android, getting infected is not as easy as on other platforms. Especially if you follow some simple rules and carefully select the Applications you install on your system.

We're an IT Service, IT Support, & Managed Solutions Provider focused on Central Alberta. Next Level IT Solutions Add Value to Business!